A chain-reaction car crash is an accident where at least 3 vehicles are involved in the same accident. It usually involves a series of collisions started by one vehicle at some part in the chain, and a chain reaction car crash can actually involve any type of vehicle, including passenger automobiles, motorcycles, and 18-wheeler trucks.

How Does a Chain Reaction Car Crash Happen?

Most chain reaction crashes are rear-ended crashes. They start with one car crashing into another from the back and then moving that vehicle into another vehicle.

Most of the time, the chain reaction crash is simple to the diagram. Car A is unable to stop for whatever reason and drives into Car B, which is pushed into Car C. If the original striking vehicle is heavy enough or going fast enough, there could be many vehicles involved and large amounts of damage.

There are other kinds of accidents involving multiple vehicles that may originate with one vehicle and impact several others. For instance, a car may cross the center line and hit another vehicle, which is then pushed into the path of another. 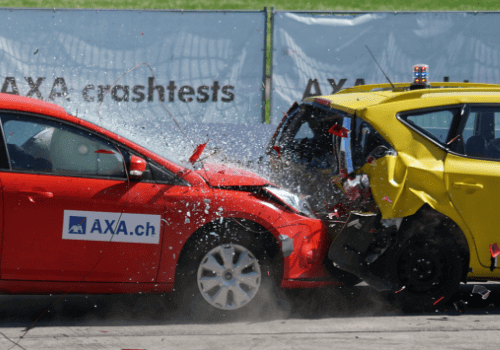 What is the Cause in a Chain Reaction Vehicle Crash?

Like with other kinds of accidents, the causes normally involve the driver and/or the driver’s equipment.

You’ve Been In a Chain Reaction Car Accident Who’s At Fault?

One of the things that makes it more difficult to determine fault is that there are so many factors to take into account. Most people feel confident in their driving skills, but there is a lot to keep track of while you are driving, especially when there are many vehicles involved.

The tendency is to blame the striking vehicle, but here are some of the considerations when determining who is at fault: 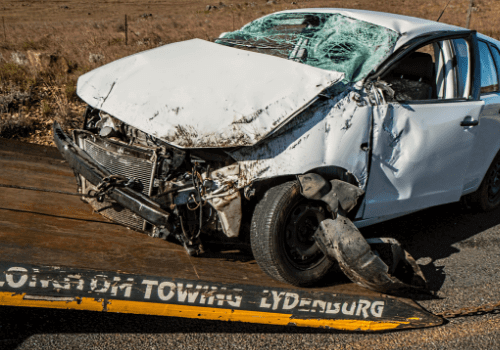 Once you understand the many factors involved, you have to apply them to a legal standard. Some crashes are simply unavoidable, but you can bring a claim for damages if you can prove that you suffered injury or loss because of the negligence of another driver. The question here is in a multiple car accident who pays?

In order to prove the claim, you will probably need the evidence provided by the original investigators and any witness statements you can get. Get medical care as you need it, and keep track of all your expenses.

If you are able to prove your claim, you may be able to recover medical expenses, lost wages, rental car expenses, vehicle repair, and pain and suffering. Anything caused by the accident may be recoverable if you make a claim against the negligent driver.

Different states have different ways of deciding how much victims can recover. In jurisdictions that have contributory negligence laws, you may not be able to recover if it is possible to prove you played even a small part in the accident. Arizona follows the doctrine of comparative negligence, meaning that you can still recover damages, but that the amount you recover may be reduced by how much you are deemed at fault.

An attorney can help you assess the value of your claim and give you advice on how to proceed. If you have been in a multi-car accident, don’t hesitate to get the advice of an attorney. Your consultation is free, and you won’t have to pay anything to get started.