Maximum medical improvement (MMI) is the point when the doctor treating your injuries believes your condition has stabilized. While some may believe reaching MMI is the end of their personal injury nightmare, it’s actually not. Legally speaking, hitting MMI means it’s time to discuss your settlement options. Keep reading to discover everything you need to know about MMI, and how it can impact your case.

What is Maximum Medical Improvement (MMI) in Medical Terms?

MMI doesn’t necessarily mean that you’ve recovered completely from your injuries. Rather, you typically reach this point once your injuries have stopped improving. This means that even if you haven’t reached 100%, you’re as good as you’re going to get.

In medical terms, MMI means that more treatment will not further functional improvement. MMI should not be decided upon until your treating physician tries all other possible treatment options. So, MMI is only declared if no further medical treatment, including surgery or physical therapy, could surpass the level of healing you’ve reached.

Whether you were involved in a medical malpractice case, a workers’ compensation claim, or a personal injury accident, MMI is the point when your case truly begins. Reaching maximum medical improvement means that your injury will no longer improve, so now, the insurance company can officially place a monetary amount on the damage caused.

But, you should never accept or even begin to discuss a settlement offer until after you’ve reached your MMI. Until you understand the degree of damage, you cannot accurately quantify the future cost of your current medical condition.

What Happens to Your Workers’ Compensation Claim?

MMI is the point where you and your attorney learn the long-term effects of your work injury.

From here, you can assign a monetary value to your claim for workers’ compensation settlement purposes.

A workers’ compensation attorney would tell you to wait to settle your claim until you’ve reached MMI. At this point, you’ll know if you need to include future medical expenses, lost wages, pain, and suffering, or other damages.

How Does This Affect an Injured Worker?

Workers’ compensation law decides if an injured worker can return to work. In some cases, a work-related injury can prevent a worker from returning to their daily duties. In other cases, the injury makes returning to work completely impossible.

If you can return to work, but you suffer from a permanent partial disability:

If your injury makes it impossible to perform within your previous duties:

You can ask for permanent partial disability benefits (PPD) to compensate for permanent impairment or a shift to a lower-paying job.

Benefits such as PPD are only given once a worker has reached maximum medical improvement. It’s important to discuss these options with a workers’ compensation attorney to decide which avenue is better-suited for your needs.

Maximum medical improvement (MMI) can only be designated by a medical professional. Specifically, only a medical or osteopathic doctor can determine MMI. In workers’ compensation cases, the treating physician is responsible for making this call.

During an IME, or while discussing MMI with your physician, any practical limitations are determined by a partial impairment rating (PIR). A PIR determines the severity of an injury in direct proportion to the percentage of impairment the injury caused. This impairment rating includes an assessment of medical needs as well as the ability to return to work.
Impairment is scored by a functional capacity evaluation (FCE). An FCE is a set of tests that helps qualify the ability of a worker to return to
their previous employment. For instance, a PIR may state a worker is partially impaired but can potentially go back to work if they’re given a position that accommodates their functional capabilities.

What Will Happen to My Medical Treatment After MMI?

The outcome of a workers’ compensation case determines what happens to MMI medical treatment. This means that if you settle your workers’ comp case before reaching MMI, your employer will not be responsible for any further treatment. You may continue seeking medical care but will be forced to pay out of pocket. 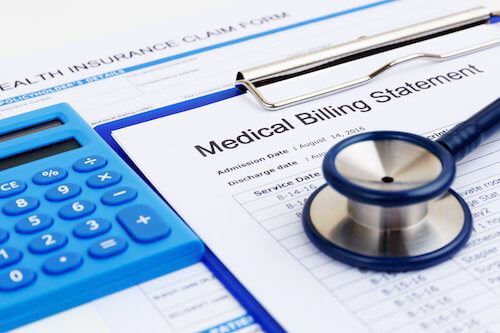 Alternatively, if you wait to settle until reaching MMI but opt to not use a workers’ compensation lawyer, you could risk relinquishing your rights to pursue further compensation for future treatment. In this case, you could seek further care but would be responsible for the cost.

However, if a worker has suffered serious work-related injuries, an employer could be found liable for the worker’s injury-related medical expenses for life. An injured employee could continue medical treatment long after reaching MMI, along with other benefits including:

What If Your Injury Worsens After Reaching MMI?

MMI dictates that an injury will likely not improve further. However, that doesn’t mean that the injury can’t get worse. Even after reaching MMI, there is a chance that returning to work, co-occurring conditions, or aging may worsen the injury.

This is why at Skousen, Gulbrandsen & Patience, PLC, we urge injured victims to be prepared for the worst, legally, and financially. With the support of an experienced law firm, you can fight to keep workers’ compensation benefits that will provide future medical treatment. Additionally, a knowledgeable attorney can fight for a maximum settlement, leaving you in a more comfortable position to seek future treatment if necessary.

What to Do After Reaching MMI

If your treating physician has declared you’ve reached MMI, it’s time to discuss your settlement options. Before agreeing to the first deal that comes your way, consider scheduling a free consultation with an attorney to ensure you’re receiving the most compensation possible.