Reckless driving is a major moving traffic violation characterized by dangerous driving behaviors. Getting pulled over for reckless driving in Arizona is much more severe than a simple traffic ticket — with a reckless driving ticket, you have been charged with a Class 2 misdemeanor often punishable by fines, imprisonment, or driver’s license suspension.

At Skousen, Gulbrandsen, & Patience, PLC, we assist our clients with traffic-related incidents every day. Read on to learn more about Arizona reckless driving laws.

What Is a Reckless Driving Charge in Arizona?

Reckless driving occurs when a driver operates a vehicle with disregard for the safety of persons or the surrounding property. A reckless driver disobeys standard Arizona driving laws, putting themselves and others at risk for injury or even death.

Reckless driving in Arizona is a Class 2 misdemeanor (ARS 28-693A), meaning it is a jailable offense. This type of crime carries heavy penalties, from potential probation to several points on your license. These points remain on your record for 12 months and can result in the suspension of your driver’s license, among other penalties.

How Do You Get Reckless Driving Charges in Arizona?

An individual faces reckless driving charges when law enforcement personnel observes them operating a vehicle with a reckless disregard for the safety of others. Similar to a traffic ticket, a police officer will pull over the driver, review their license and registration, and present a reckless driving ticket. However, unlike a traffic ticket, how a police officer determines what is considered “reckless” can rely on a number of factors.

While the law is vague, common examples of reckless driving include:

It should be clear that reckless driving and driving under the influence (DUI) are two very separate charges.

A DUI charge means a motorist has blown a blood alcohol concentration (BAC) of .08% or higher OR an officer believes that drugs or alcohol have impaired that person’s ability to operate a vehicle. 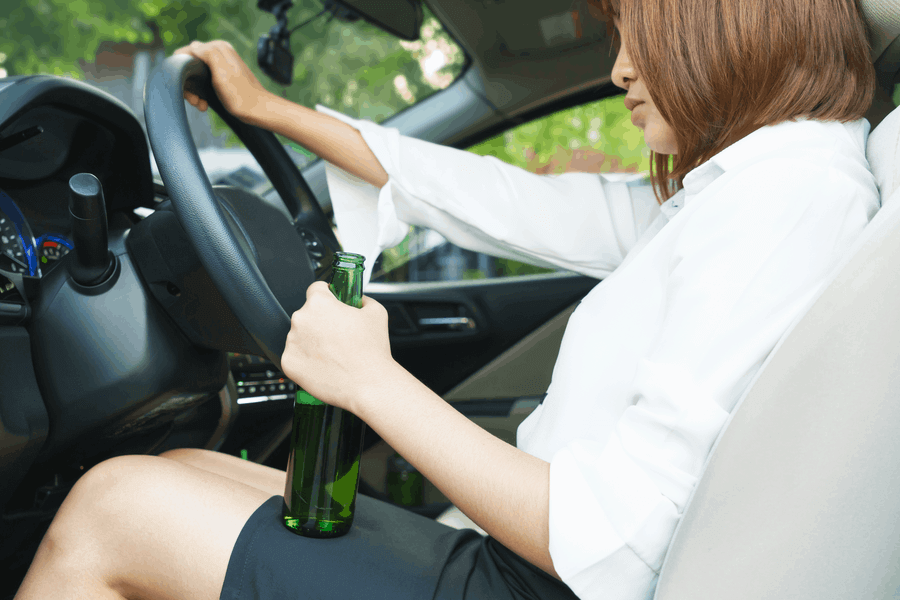 However, in some cases, Arizona law allows drivers charged with a DUI to plea bargain for a lesser charge. This can occur if the DUI case did not result in a car accident, damage to property, or injury to the motorist’s surroundings. In the case that a DUI is bargained down to a reckless driving charge, it’s often referred to as a “wet reckless.”

What Is the Arizona Reckless Driving Speed?

As a Class 2 misdemeanor, an Arizona reckless driving charge is much more severe than a speeding ticket. And if you needed another reason why you should wear a seatbelt, getting pulled over for driving recklessly without wearing yours can increase the penalties you’re facing.

Furthermore, it’s important to note that the Arizona reckless driving speed also applies to weather and traffic conditions. For instance, if you’re operating a vehicle 15 mph over the speed limit in torrential rain with limited visibility, a police officer can pull you over for reckless driving. The same judgment applies if you are driving dangerously fast in unsafe traffic conditions, such as a construction area with workers present.

Consequences of Reckless Driving in Arizona

Emotional and physical injuries are just some of the effects of car accidents that can impact you or those involved in a reckless driving collision.

How Many Points Do You Get from Reckless Driving?

Reckless driving is considered a serious moving violation that places 8 points on your driver’s license. To put this into perspective, an accumulation of 8 or more points is grounds to suspend your license for 12 months.

To avoid the license suspension, you are required to attend Traffic Survival School. Typically, the points you’ve gained from reckless driving will remain on your driving record for a minimum of 12 months.

What Are the Penalties for Reckless Driving?

What Is the Court Process for Reckless Driving Tickets?

Unlike a standard traffic ticket, a reckless driving charge is a criminal violation. That means it will follow the same protocol as a criminal court case. For those unfamiliar with the court system, the case will pan out in three main phases:

This is your first court date. At this time, a judge will explain your rights as well as the maximum penalties you face under Arizona law to ensure you understand the charges brought against you. During this hearing, you can choose to plead guilty. If you plead guilty, you will be criminally convicted. Alternatively, you can contact SGP Law, who will enter a plea of not guilty on your behalf.

Once we’ve entered a plea of “not guilty,” our team gets to work collecting evidence that can aid in your defense.

During this time, our office and the prosecutor’s office will exchange information regarding your case. From traffic camera footage to GPS data, we gather all evidence that relates to the reckless driving charge.

Pre-trial conferences are often the first, second, and even third court dates scheduled after an arraignment. During these meetings, our office and the prosecutor for your case meet, share information found during discovery, and discuss plea offers. These conferences typically lead to a mitigation phase that works toward a resolution. 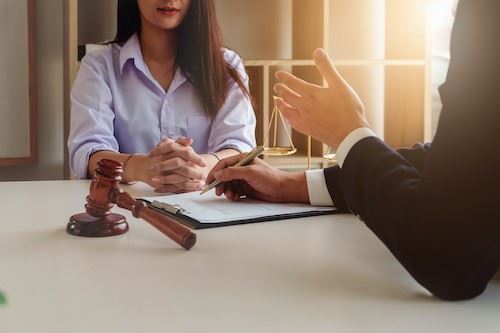 Defenses Against Reckless Driving in Arizona

We find most criminal defenses for reckless driving in Arizona during the discovery phase mentioned above. During this time, our team reviews all relevant details surrounding your case, including:

Within these records, our team searches for bits of evidence that can minimize or dismiss your charge.

Why the “Defining Recklessness” Defense Matters

Unlike many other criminal convictions, reckless driving is a very objective charge. Because of this, we often utilize the “Defining Recklessness” defense. The reason is simple: “recklessness” is a broad term open to interpretation by a jury. That means the jury can conclude that the situation was not as “reckless” as the ticketing officer initially believed.

After identifying any traffic conditions, unique circumstances, or environmental factors in your case that are not reckless, our team can begin weakening the charges against you. This criminal defense can increase the likelihood of negotiation and work towards a reduced charge and a final resolution of the case.

What Are Possible Outcomes for an Arizona Reckless Driving Case?

Location, environmental factors, and even the prosecutor can heavily influence the outcome of a reckless driving case. Though we pride ourselves on exploring every possible option for the defense at Skousen, Gulbrandsen, & Patience, PLC, we find it just as important to inform our clients of the less-than-pleasant outcomes of a reckless driving conviction.

Possible outcomes for an Arizona reckless driving charge include:

Similar to car accident reports, which are public record, a reckless driving charge will appear as a criminal violation.

What If This Is My First Criminal Offense?

A reckless driving charge is less severe if it’s your first offense. However, it’s still important to take the necessary precautions to negotiate a favorable resolution.

If you’re a first-time offender, you can face a maximum 4-month sentence and a maximum of $750 in fines. Our team can work to lessen these outcomes and enter mitigation with a strong defense. 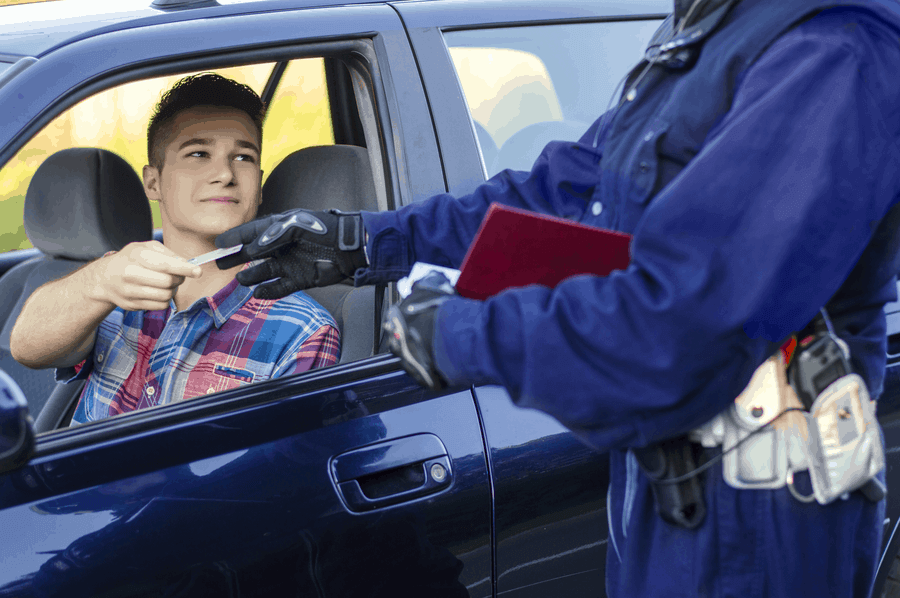 But just like what you should learn from a near-miss car accident, you should also take notes from a reckless driving violation. Meaning: try not to do this again. For second-time offenders, escaping the heavier penalties can be much more difficult.

What Do I Do If This Is My Second Reckless Driving Conviction?

Penalties for a second offense reckless driving conviction can drastically increase, especially if both charges occurred within 24 months of each other. If this is your second offense, the charge is considered a Class 1 misdemeanor instead of Class 2.

If this is your second reckless driving charge, you must seek legal counsel. An experienced legal team can still work to alleviate the burden of this charge and reduce the possible outcomes.

Is Mitigation a Possible Option in an Arizona Reckless Driving Case?

Following the discovery phase and pre-trial conferences, our team will work to lead the case into mitigation. This means that efforts are taken to lessen the charge to either be dismissed or negotiated to a less serious traffic offense.

Depending on the circumstances surrounding your case, mitigation efforts can include:

An experienced reckless driving attorney can make the difference between the freedom to drive and a revoked license. If you’re facing reckless driving charges, contact the law firm of Skousen, Gulbrandsen, & Patience, PLC to learn how we can mitigate them.