Life is certainly not fair, and you are probably already asking yourself, “Why should I get a lawyer for a car accident that wasn’t my fault?” If you don’t have an attorney who is representing your interests, you may not be able to get what you deserve after you have been in a crash.

Without an attorney, you may also end up unfairly receiving at least some blame for the accident even if you were a completely innocent party. Especially in states like Arizona with comparative fault, it may be advantageous for the defendant to try to put at least some of the blame on you.

If the other party is the one at fault in the accident, you will need to file a claim through that party’s insurance company in order to receive compensation. Arizona requires all drivers to carry at least $15,000 liability coverage for bodily injury and $10,000 for property damage liability, but covering your claims when you are not at fault is trickier. 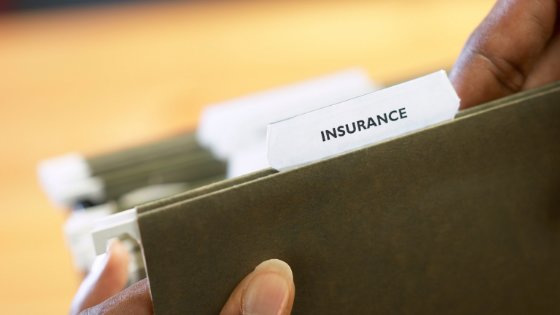 If you have insurance that gives you coverage for your damages and injuries in an accident, your insurance company will not want to pay if the other party is at fault. Insurance companies are in the business of making money, and they make more money if they pay out less. They can get their money back in the end if you are proven innocent of fault, but the process could take years, and they would rather not pay.

The other insurance company is the one going against you because they are protecting the rights of the driver who caused the injury. In order to file a claim, they may want you to make statements, which they could hold against you later. Even worse, if you sign an agreement to accept a settlement, you won’t be able to make any more claims in the accident. You should never sign anything giving up your rights without speaking to an attorney first.

Arizona has a comparative fault rule, which means that a jury doesn’t just have to choose a winner and a loser in a civil action. Instead, they compare the fault of each party who was involved in the incident. The fault is divided up by percentages, so depending on how much fault the jury decides you are responsible for, you could still end up struggling to pay for your part of the damages. If the jury says you bear 25% of the responsibility for the crash, you will owe that portion.

It isn’t as simple as one person against another, either. You may be sitting at a stop sign as a speeding driver crashes into your vehicle. The speeding driver can bring other parties into the lawsuit to apportion blame. A driver who was parked in such a way as to block the other driver’s view can be brought in. The city can become a defendant if there is a claim that improper signage made the crash inevitable.

You also need to consider the statute of limitations, which determines the length of time you have to file a lawsuit. There are normally only two years to file a lawsuit over an automobile crash in Arizona, and if you try to file that, the defendant can win by asking the case to be dismissed.

What Are the Damages You Can Collect From An Auto Accident?

Another important reason to speak with an attorney is to make sure you are getting a fair settlement for all the injuries you endured because of the crash. Here are some of the damages you can claim:

If you missed work because of your injuries, you can ask to be reimbursed for all that time. You shouldn’t have to give up your own time and wages because of someone else’s negligence.

You can claim any medical bills, including doctor bills, hospital bills, crutches, and anything else you needed because of the accident. You should never settle unless you are either completely finished with medical care or you know how much more help you will need in the future.

You can claim what it cost to repair or replace your vehicle, and any other damage that happened to your belongings that were in the vehicle.

You need to be reimbursed if you had to rent a vehicle while you were waiting for your own vehicle to be replaced or repaired.

You can ask for compensation for the actual pain you suffered, and for any scars, you received because of the accident.

This is rare, but you may be able to get excessive damages if the other driver’s behavior was egregious.

The “should I get a lawyer for car accident question” is something you need to carefully consider. Most personal injury attorneys will talk to you for free, and they can advise you what is the best action to take after being in an accident. Your attorney will speak for you, so you won’t need to make a statement against interest.

Personal injury attorneys are familiar with the process of personal injury claims, and they can tell you what to expect and about how much your claim will be worth. They will fight hard to get you the payment you deserve because they won’t get paid until the lawsuit is over. Your consultation is free, and you can focus on getting your life back in order while your attorney makes sure you are protected.