When you have been injured in a back injury car accident, you may be able to get compensation if you file a claim against the negligent party. The average settlement amount is based on the severity of the injury and will include all the different kinds of expenses associated with the accident.

According to one survey, 16% of the verdicts in spinal disc injury settlements were more than $1 million, and 7% were more than $2.5 million, so a back injury involving the spinal cord could settle for millions of dollars.

It may take a long time to reach a settlement, even years because you want to make sure that you have a good idea of the total amount of compensation you will be demanding.

Whiplash, where the neck is injured by the violent moving back and forth during an accident, is usually worth about $10,000 to $20,000. There are many kinds of back injuries and neck injuries, all of which can affect your overall well-being.

What to Do After an Accident

If you have been in a motor vehicle accident, call 911 and ask for help. Even if you think you’re all right and that you can trust the other driver, it is always better to bring an impartial witness to the scene. 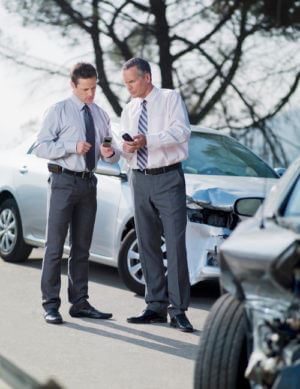 It is important to exchange insurance information with the other driver because you may not even be aware of your injuries until time passes. Don’t make any admissions of fault in the 911 call or to the officer. Simply say that there has been an accident and you need someone to come help.

If you can, leave the vehicles where they are. The officer will draw a diagram of the accident and how he believes it happened. Leaving the vehicles in the same places will give him better information. However, move the vehicles out of the way if there is still traffic going by. Stay as close to the scene as possible.

Once you are free to leave, get a full medical evaluation. Get x-rays or any other diagnostic tests you need, and if you are experiencing any unusual symptoms, such as pain, tingling, headache, or nausea, let the doctor know right away so you can get the medical care you need.

If you are a car accident victim, it is possible that you can be compensated for your injuries and all the expenses associated with the accident.

If you are not the fault driver, you may be able to claim full compensation, and your attorney can help you make that case. Your personal injury attorney can work with you to get the information so you can file a settlement demand letter, which is a letter that outlines your demands and asks for reasonable compensation.

If you have a case that you think you can prove, you may have to file a lawsuit to get a fair settlement. You can file a personal injury claim yourself, but a personal injury attorney can do some things you probably can’t, especially when it comes to legal matters.

You will be responsible for following all the rules of discovery even though you are not an attorney, and you could lose your entire case just by missing a deadline.

Because every injury is different, and every plaintiff is unique, there is a wide array of outcomes when it comes to personal injury settlements for back injuries that resulted from automobile accidents.

A 50-year-old woman who had cerebral palsy when the driver of the disability van slammed on the brakes, causing her out of her seat and into the seat in front of her. The driver had also failed to make sure her seat belt was fastened properly. The spinal injuries she received caused her to require several back surgeries and chronic pain management for the rest of her life. This is one of the few cases here, which was a one-car crash.

A 54-year-old woman suffered neck injuries as the result of being rear-ended, including a ruptured disc. After an initial settlement offer of only $10,000, the plaintiff decided to go to trial.

Someone suffered lower back injuries after being rear-ended by a driver who fell asleep. The settlement might have been larger if the policy limits had been higher.

A driver needed two surgeries because of neck injuries he received after a rear-end collision in a car crash.

A 45-year-old man needed to have cervical fusion surgery after a rear-end collision. This case was interesting because the property damage was minimal, but the plaintiff still suffered severe physical injuries.

A New York case where a driver suffered a herniated disc in a rear-end accident while sitting at a red light. The defendant argued as many defendants do that the herniated discs were a pre-existing condition.

A 30-year-old woman who complained of neck and back pain after an auto accident in Denver, Colorado. She had multiple injuries, including a fracture and a ligament injury, but was able to recover after surgery fully.

A case involving just soft tissue injuries of a woman who injured her lower back in a car accident.

A woman suffered neck, back, and spinal injuries from a crash in a parking lot.

A Maryland woman who suffered injuries after being rear-ended. The plaintiff had pre-existing back problems, and the defendant tried to claim that she would have needed back treatment anyway. She ended up getting five epidural injections.

Two victims suffered neck and back injuries in a rear-end accident while sitting in a vehicle in Oregon at a red light. One of the victims was experiencing headaches and vertigo and expected to need more fusion surgeries in the future. Most of the damages were considered economic damages, but the $37,000 that amount was for non-economic damages.

An Oregon case where the victim suffered a vertebral fracture and a head injury with cognitive loss. The parties made a mutual agreement to settle for $30,000.

In Maryland, a passenger suffered back and rib fractures after the driver struck a pole. The passenger claimed that the accident was the driver’s fault because he was driving too fast and failing to obey traffic signals.

A Colorado teacher and her husband both suffered back injuries after they were rear-ended by a truck while riding in a vehicle together. The husband only had one back surgery, but the teacher had several.

The trucker in a California injury case collided with a smaller vehicle, causing the truck driver to require lumbar disc surgery and arthroscopic knee surgery.

A New York injury case where a 38-year-old victim suffered neck, back, and shoulder injuries. The defendant admitted that she ran the stop sign, saying she didn’t see it because she was looking for the park where she was taking her child. The trial lasted five weeks, and the jury deliberated for three days. One important consideration for the large size of the jury award was that the plaintiff was not going to be able to continue working in his chosen profession anymore because of the accident.

What Settlements and Jury Verdicts Include

When you ask for compensation after being injured in an accident, you can ask for anything you wouldn’t have had to pay if not for the accident. Here are some of the common expenses Plaintiffs ask for when making a claim:

Including payments for any doctor visits, lab work, surgeries, physical therapy, medicines, crutches, or any other medical needs that exist because of the injuries. The insurance company may pay your bills for medical treatment in the beginning, but they will subrogate their claim so that they can be reimbursed from your settlement or award.

It is important when you have a car accident injury to keep track of all your medical records and other receipts so that you will have them when you are making a settlement offer or getting ready for trial.

Not just for the time from the crash but also for any other time you have to miss in order to receive treatment.

Loss of Any Future Earnings

Especially if you are now unable to perform the essential functions to perform your regular job.

The Most Common Types of Neck Injuries

Considering how awkwardly our heads sit on our necks, it’s not surprising how vulnerable they are when our bodies are involved in collisions, and our bodies are subjected to great amounts of force.

Neck injuries are some of the most common injuries after a car crash or any other type of violent force. There are several types of common neck injuries that can all wreak havoc with our daily lives, including:

Whiplash is caused by the rapid back and forth motion, usually when someone is in a vehicle that was hit from behind. It can lead to problems with joints and discs and even cause spinal cord damage.

Herniated discs can occur as a result of sudden great force, causing the soft substance in the disc to be pushed out. When that soft substance touches the root, it can result in severe pain, weakness, and numbness.

Describes injury to ligaments in the neck. Ligaments are the connectors that hold bones and cartilage together, and a sprain can cause pain, swelling, and a loss of flexibility.

These types of injuries happen when the neck is fractured or dislocated, and this, in turn, causes damage to the spinal cord. Depending on where the injury occurs, it could result in permanent paralysis or death. Spinal cord injuries can also cause permanent nerve damage. 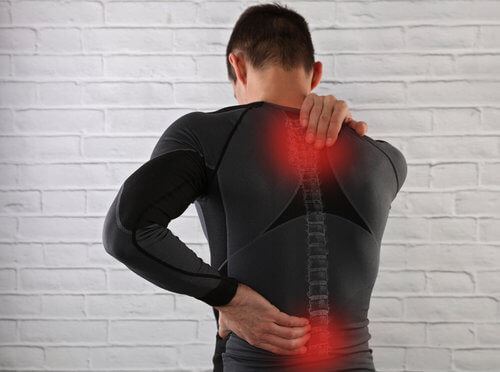 How a Personal Injury Lawyer Can Help

Instead of worrying about your medical expenses, you can have your attorney deal with the insurance adjuster. Especially if you have serious injuries, or if the case involves a loved one and wrongful death, you will benefit by having an experienced attorney help guide you through the legal maze, which is the civil court system.

Skousen, Gulbrandsen & Patience, PLC is a personal injury law firm that has proudly served the Mesa, Arizona community for 60 years. We offer a free consultation so you can discuss your case with no obligation.

We have experience with back injury cases and can help you evaluate your accident case and decide what to do next. The sooner you get started, the better. There are some rules that decide how long you have to file a case, and you don’t want to miss the deadline if you decide to file.