Did you know that distracted driving kills approximately 9 individuals each and every day?

Let that sink in for a moment… 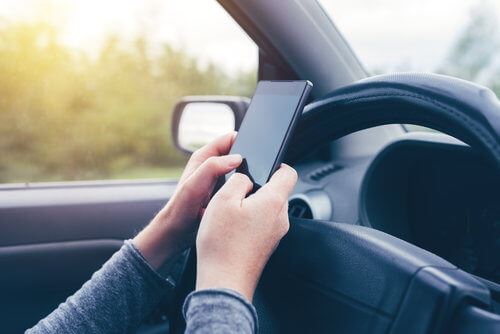 Driving is already one of the most dangerous things we do every day. Why let short dopamine hit put you in even more danger on a daily basis?

Although some states are taking action to reduce these numbers through legislation, many drivers ignore the new laws. It’s easy to believe that briefly looking at your phone in certain situations is okay. The problem with this mentality is you eventually get looser and looser with what you deem as acceptable, and you eventually cross the line of what is safe.

Various people, governments, and organizations have made efforts to create awareness surrounding the dangers of texting and driving through quotes and sayings. Here are 14 texting and driving quotes to remind you to stay off your phone and keep two hands on the wheel.

Quotes To Remind You Not To Text and Drive

Cathedral Art Metal Co., Inc. makes jewelry sporting this quote. It is a good reminder that all it takes is one accident, and everything you know can change.

AAA recently used this quote in Texas to launch a road safety campaign nationally to create awareness surrounding the dangers of using your phone while behind the wheel.

This is a common slogan used by various people and organizations when running anti-texting and driving movements.

“Don’t text and drive. Let’s save some lives.”

If you know someone who texts and drives, send them to this website. It will help to explain how risky of behavior they are partaking in.

“I ignored those warnings about texting while driving because everyone else was doing it. So I thought it was okay. I thought I was invincible. But clearly, I was completely wrong.”

Liz Marks has a chilling story about the accident she got into while texting and driving. The short video below is a reminder that you are not invincible and all it takes is one mistake.

“No text is worth a death”

The ‘No Text Is Worth A Death’ quote was seen all over banners in schools along with blue wristbands. It was a campaign by DECA against distracted driving.

“Stop the texts and stop the wrecks!”

Meg DeAngelis, a YouTube star, came together with the Project Yellow Light and the U.S. Department of Transportation to launch this texting and driving prevention campaign.

This is a message from Capt. Adam Myrick from the Lexington’s Sheriff Department. Our law enforcement officers have to witness the tragedies caused by driving while texting time and time again. It is important to listen to them, especially when the time is taken to create these types of public service announcements.

This quote was used by ninth-grader, Tyler J. Biscontini. Tyler wrote a letter to the president explaining how his parent's text and drive and then asked the president how to prevent it. 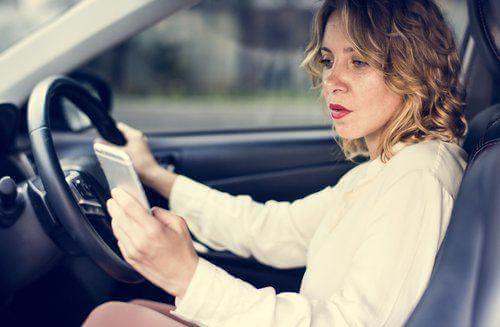 Oprah Winfrey launched the “no phone-zone” campaign to warn her fans of the dangers of texting and driving. Fans were asked to pledge not to text while driving.

Vodafone launched a campaign to spread awareness about the dangers of texting and driving. The campaign consisted of a screenshot of a mobile phone with a variety of emojis describing how difficult it is to text and drive at the same time.

“In a split second, you could ruin your future, injure or kill others, and tear a hole in the heart of everyone who loves you.”

These are the words of Sharon Heit, mother of a son who was killed in a car crash while texting and driving. Sharon shared her son’s last text message with the media which was not sent. Alexander Heit was 22 when he lost his life after the deadly crash.

“I think that texting and driving is 100 percent no-go. I think it should be banned everywhere because you cannot be focused on looking ahead, in the mirrors, being aware of what’s around you, and to type on a small screen. “

– Allan McNish
This quote by race car driver Allan Mcnish may be long but the message is clear.

“I look around, pretty much 100% of the people are texting. And they’re killing. Everybody’s murdering each other with their cars. But people are willing to risk taking a life and ruining their own because they don’t want to be alone for a second because it’s so hard.”

– Louis C.K.
The outcome of driving and texting simultaneously can be devastating. You could unfortunately end up in a wheelchair for the rest of your life or death. This quote by Louis C.K. points out how people are willing to risk their lives because they don’t want to feel alone.

“There’s a completely new culture out there. I’m not a participant of texting and driving – or texting at all – but I see there’s something going on in civilization which is coming with great vehemence at us.”

This quote from Werner Herzog is meant to warn young people against the dangerous habit of texting and driving.