From Cinco de Mayo to the Fourth of July and New Year’s Eve, it seems like fireworks are an obvious part of celebrations and special events in Arizona. Unfortunately, Arizona firework laws are not nearly as obvious.

Following a lift on the ban of fireworks in 2010, Arizona lawmakers allowed each county to draft their own firework laws. A county can now set laws regarding consumer firework use, but they can no longer restrict firework sales. Ultimately, this means that fireworks can be sold in areas where it’s illegal to set them off.

If you’re wondering, “Are fireworks legal in Arizona?” we have you covered by the county, date, and type of firework.

Are Fireworks Legal in Arizona?

On December 1, 2010, the state of Arizona reversed its previous ban on the consumer sale and use of fireworks. This decision approved the use of certain popular consumer firework items, like sparklers, that were previously illegal unless a permit was obtained. However, this doesn’t mean that all types of fireworks are legal all the time.

Some fireworks are only legal during certain times of the year. Others are still completely off-limits without a permit. Let’s take a look at which are which.

In the state of Arizona, you’ve always been able to legally purchase specific devices known as deregulated novelties. Deregulated novelties are mostly small devices that do not leave the ground. They are legally available to purchase all 365 days of the year, but you must be 16 years of age to buy these fireworks.

Fireworks that are legally permitted all year include:

In addition to deregulated novelties, which can be used all the time, state law allows the use of consumer permissible fireworks during specific times of the year (generally around the time of national holidays, such as Independence Day). 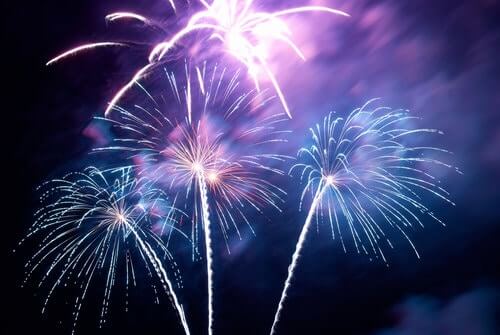 Consumer permissible fireworks include devices that have been approved by the U.S. Consumer Product Safety Commission (CPSC). These fireworks are limited to 500 grams of pyrotechnic composition and cannot feature aerial bursts of more than 130 milligrams of flash powder.

Fireworks that can be purchased during the allotted times of the year include:

Which Arizona Counties Have Firework Restrictions?

Even though Arizona state law allows you to purchase specific fireworks during specific times, depending on your county, you may not be able to set them off. After the Arizona legislature lifted the ban on fireworks, it was up to each county to set the law for firework use within their jurisdiction. For this reason, the law regarding the use of permissible consumer fireworks and deregulated novelties varies greatly across the state.

In Gilbert, Mesa, Navajo, and Queen Creek counties, consumer permissible fireworks can only be used on private property with the permission of the property owner. Apache Junction hasn’t imposed any restrictions on consumer fireworks, which can be used year-round on public and private property.

Chandler, Tempe, Maricopa, and Mohave counties have banned the use of all consumer permissible fireworks but allow the use of novelty items like poppers, smoke bombs, and sparklers. 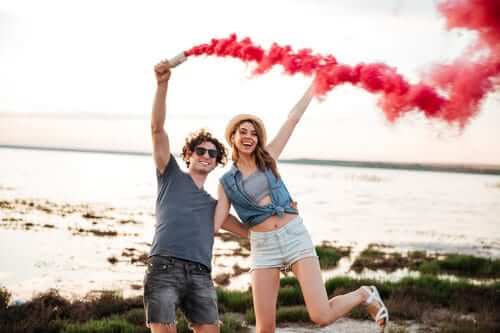 Unincorporated areas in Maricopa and Pinal counties, as well as Coconino County and the city of Tucson, are prohibited from ever using consumer fireworks. Here the use of novelty items is legal, though discouraged.

Across the state, individual cities are allowed to prohibit fireworks from being used in mountain preserves, parks, or when a minimum Stage One Fire
The restriction is in effect. Likewise, fireworks are never legal on a state or state-protected land.

When Can I Purchase Consumer Fireworks in Arizona?

Permissible consumer fireworks are legally available for purchase during specific weeks each year. These dates correlate with both national and religious holidays. Bear in mind that while legal during the purchasing period, using them may be illegal, depending on your county. Additionally, acquiring permissible consumer fireworks outside of these dates is considered illegal.

The sale of permissible consumer fireworks is allowed:

When Can I Use Consumer Fireworks in Arizona?

Much like the purchase of permissible consumer fireworks, the use of these devices is only legal during specific weeks each year. Again, while state law dictates they’re legal during the allotted period, these fireworks may not be allowed, depending on your county. Additionally, they are not allowed outside of the specified date range.

The use of permissible consumer fireworks is allowed:

When using your fireworks, be sure to take safety precautions. Some precautions include keeping a bucket of water nearby and avoiding the use of fireworks near flammable objects. 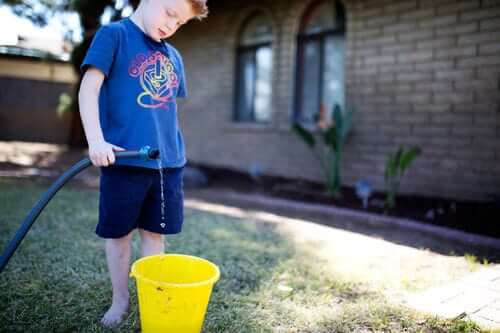 Also, don’t allow young children to light fireworks or use fireworks without adult supervision. The last thing you’ll want is to disrupt your special event with a call to the fire department or a trip to the ER.

Finally, consider that the use of consumer fireworks may be restricted if a Federal or State agency implements Stage One Fire Restrictions, so plan your festivities accordingly.

What are the Consequences of Violating Arizona Firework Laws?

Previously, violation of fireworks provisions in Arizona used to be a Class 3 misdemeanor or lesser. This used to result in fines up to $500 and/or a jail sentence of up to 3 months. Today, the penalty for buying, selling, or using fireworks outside of the permissible dates is a fine of $1,000.
The use of fireworks on prohibited preservation lands within a city or state land is a Class 1 misdemeanor and also results in a minimum $1,000 fine.

Despite losing the jail sentence, consequences have increased in price. The reasoning is likely that lawmakers have become more lenient with the type of fireworks purchasable and the date range they can be used. Violating these more generous provisions results in a heftier penalty than before.

Furthermore, an operating permit is required for all fireworks displays. Any fireworks set off outside of the permissible date range or without a permit will be confiscated by law enforcement.

Adhering to Firework Laws in Phoenix, Mesa, and Scottsdale

While Arizona firework law is far from easy, a basic understanding of your county’s regulations is key to staying out of trouble. It’s important to remember that even if you can purchase fireworks in your area, that doesn’t mean they’re legal to use. Luckily, for those of us in the Phoenix, Mesa, and Scottsdale area, we can buy our fireworks and use them, too.