If you are here, that means you probably got a ticket for running a red light in Arizona. You may have even received a photo radar citation, where the ticket was written without your ever speaking to a police officer issuing the ticket.

Where are the Cameras Located?

Especially if you haven’t noticed the cameras, you might feel that it is not fair to write citations based on an anonymous camera that may not have taken in the entire event. There are speed cameras in several cities, and the locations of those cameras are listed on the local government websites.

For instance, there are some in Scottsdale, El Mirage, Chandler, Phoenix, and Mesa. The websites also have other important information about the cameras, their limits, and other information. 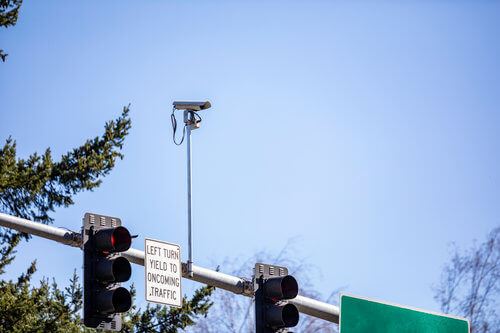 Photo radar cameras are placed at intersections because they check for violations like running red lights, speeding, and unauthorized lane use. The pictures will have the traffic signals and the license plate as proof of the traffic violations.

Are the Citations the Same as Regular Tickets?

Unfortunately, the tickets you may receive through the mail because of traffic cameras are considered as legitimate as citations that were written by an officer who stopped you in traffic. Arizona law allows the tickets and the cities that use them to make a great deal of money from them. Camera enforcement is legal in the state of Arizona as long as it follows all the rules.

The main way that radar photo tickets differ from regular tickets is that these tickets are written with no regard to the actual circumstances during the event. It doesn’t matter what else was going on or what other traffic was doing, because the traffic camera is only looking to find violations and send tickets.

You may not even realize that you committed a violation until you receive a ticket in the mail weeks later, so you may not remember why the situation happened the way it did. That works against you if you are planning on preparing a defense. Violators or alleged violators don’t have much chance of preparing a defense if they forget everything that happened that day.

Some of the most dangerous driving behaviors won’t be caught on a traffic camera, such as driving left of the center, following too closely, and driving in the wrong lane. In fact, distracted driving is one of the most common causes of accidents, which has only been made worse because of cell phones.

Drivers may be distracted in several ways, such as by taking their hands off the wheel, their eyes off the road, and their minds off what they’re doing. It is important for drivers to remember to check the mirrors, adjust the radio, get directions, and finish their snacks before they start driving. Of course, it is also important to wait to send text messages or pull off to the side of the road if it is an emergency.

What Should You Do When You Receive a Photo Radar Citation?

Because of the state statute, the ticket must be actually served to you within 90 days to be valid. Mailing the citation through the regular post won’t be good enough, and a process server will usually bring the paperwork to your home.

This is one reason it is important to keep your address updated on your registration and on your driver’s license because otherwise, you might not receive important notices. You will also probably even be charged for the processing fee, which can cost as much as $100. Your attorney can help you make sure state law was followed, and your citation is legal.

What Is the Best Way to Respond to a Photo Radar Citation?

There are several ways you can respond, and they differ slightly depending on where you got the ticket. The first way is to simply check your response on the citation and mail it in, either admitting, saying “no contest,” or denying and asking for a trial. If you say “no contest,” there are few advantages because you still have to pay and get the points on your record, but at least you aren’t admitting any wrongdoing.

You can also mail in a letter explaining that you weren’t the one driving the vehicle at the time of the infraction, and you may be able to get an extension to pay or respond by going online and asking. You can find the citation online and look at it, and you are always free to ask questions about your citation and the procedures.

The websites are usually run by the same people who run the cameras, like Redflex Holdings, not the government agency that is in charge of the legal aspects of your case.

Fines for Running a Red Light

The fine for running a red light and receiving a ticket varies depending on whether there was a traffic stop or if the city used photo radar. Red light violations cost about $250, and the red light camera tickets cost about $165, depending on the county where you received the ticket. Either way, the violation adds 2 points to your license, but you can usually take off the points with a defensive driving class.

How Do You Know If A Red Light Camera Took Your Picture?

It is very unlikely that you will have any notice of the camera until you receive your citation in the mail. Sometimes at night, you might notice the flash when the camera takes a picture of your license plate, but most of the time, the cameras are relatively anonymous. You need to be aware that in Arizona, traffic cameras may be used and stay vigilant so that you will know if you are accused of a traffic violation after the fact.

If you ever think there might be extra footage of the incident, you can try to obtain it to defend your case. You can obtain traffic camera footage on your own or with the assistance of an attorney. Besides the original picture taken of your vehicle, there may be other photo-enforcement cameras or even business cameras that will provide more information about what happened.

If those other cameras exist, you will need to find out who is in charge of them so you can get the footage for your case. You need to be careful to obtain the footage by using the legal process so that no one can claim that it was altered after the fact.re

Other Rules of the Road to Keep in Mind 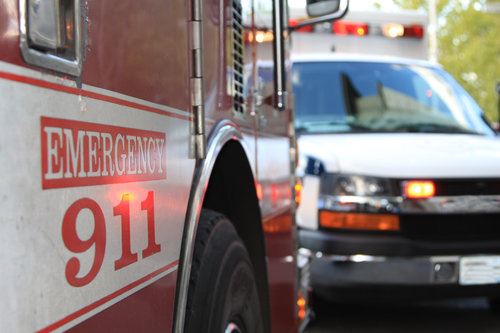 What If an Infraction Leads to an Accident?

When someone runs a red light in Arizona, that person might be found to be negligent if there is an accident. Car accidents can result in the total destruction of the motor vehicles and in bodily injuries to any motorists, passengers, or pedestrians involved.

Anyone who is the victim of such an accident can sue the person at fault for any resulting damages, including medical expenses, rental car fees, lost wages, pain and suffering, and loss of consortium.

At Skousen, Gulbrandsen, & Patience, PLC, we assist our clients with traffic-related issues every day. With 60 years of experience, we understand the laws and the different consequences and defenses to those laws. If you have a traffic issue that you want to discuss, please feel free to call today for your free consultation.