In personal injury law, proximate cause is the primary cause of injury in an accident. It refers to the foreseeability of that injury taking place.

But even if you’re geared with a legal definition of proximate cause, it doesn’t make understanding this complex Arizona law any easier. Below, we break down the most commonly asked questions about proximate cause and explain how it may impact your case.

What is Proximate Cause in Personal Injury Case?

Proximate cause is also known as proximate causation. It refers to how foreseeable an injury was as a direct or indirect result of another person’s actions. For instance, if you were to throw a feather at a friend, you could foresee that action not causing injury. Therefore, if they were hurt by it, the proximate cause would be negligible. On the other hand, if you threw a heavier object, like a brick, you could anticipate a type of harm because of your actions. This would be a clear-cut proximate cause.

During a personal injury case, a plaintiff’s injuries are the natural and direct consequence of the proximate cause. Without this cause, the injuries would not have occurred.

However, there is a difference between the actual cause and proximate cause of the injury.

Proximate Cause vs. Cause in Fact

“Cause in fact” is a legal term that means actual cause. The actual cause is a straightforward explanation of what caused the accident. Proximate cause is the “legal cause,” or what the law recognizes as a primary cause of the injury.

For example, imagine an SUV sideswipes a car and injures the driver. The actions of the SUV driver are the actual cause of the accident.

Now, consider that same example, but this time, let’s say the SUV driver is drunk. In their intoxicated state, the driver swerves and sideswipes the car. In this case, the driver’s intoxication is the proximate cause of the accident. If the driver was not under the influence, it is assumed that they would not have driven irresponsibly and would have avoided the accident.

How Does Proximate Cause Prove Liability?

The four elements necessary for establishing tort law are:

Proximate causation, the third element of negligence, must be established to prove liability. In other words, a personal injury attorney must prove proximate cause in order to deem a defendant liable and file a suit in Arizona.

How Will a Judge or Jury Define Proximate Cause?

Deciding on the proximate cause can be tricky, as the actual cause and proximate cause are often different. Because of this, there are several key points that a judge and jury will take into account when deciding if a claim of proximate cause is valid:

The plaintiff’s actions are especially important for both car accidents and slip and fall cases. For example, if you walk in an area with a wet floor sign, you place yourself at risk of slipping. If you fail to yield at a stop sign, you cannot fully blame another driver for hitting you. 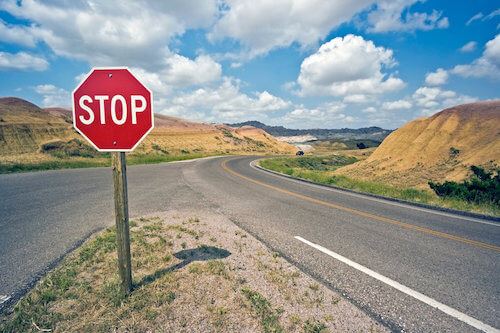 Be sure to work with an experienced law firm that can help determine if your actions contributed to your injury.

How Does “But For” Causation Impact the Proximate Cause Definition?

Proving proximate cause can be difficult, which is why Arizona law utilizes the “but for” rule. This rule states that if an accident or injury would not have occurred “but for” the actions of the defendant, then the defendant’s actions are the cause of the harm. In other words, this rule measures if harm would have occurred if the defendant acted differently.

For example, consider if a motorcyclist ran a red light and T-boned a car. The accident would not have occurred but for the motorcyclist running the red light. That is the proximate cause.

However, the “but for” rule isn’t always accurate. Consider a driver who is heading west in their vehicle. As they cross an intersection, they are struck by two vehicles: a truck traveling north who ran a red light and a motorcycle traveling south who also ran the red light. Here, the “but for” rule does not apply—if the truck driving north didn’t run the red light, the driver still would have been hit by the motorcycle going south.

In complicated cases such as these, the court turns to substantial factors to determine proximate cause.

What is a Substantial Factor Under Arizona Law?

Under Arizona law, a substantial factor is an element that significantly contributes to an accident. For example, weaving between lanes or failing to yield to traffic signals.

What is a Remote or Trivial Factor in Proximate Causation?

Under Arizona law, a remote or trivial factor in causing harm is an element so disconnected that it likely did not contribute to the cause of the accident. In this case, an injury would have occurred even if this factor did not exist.

What Happens When There Are Multiple Causes of an Accident?

In today’s crowded streets, there are often multiple cars involved in accidents. This can result in numerous causes of injury—for instance, Tim was switching lanes and sideswiped Jill, causing Jill to rear-end Lisa. 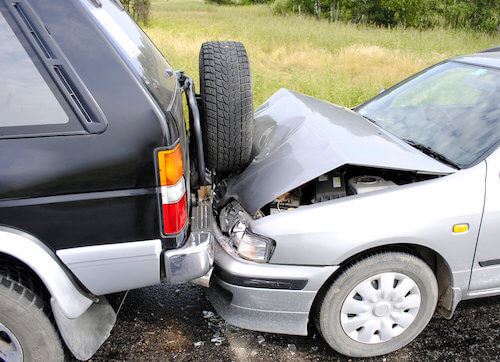 However, when one party’s negligence is a substantial factor in causing injury, the defendant is liable regardless of additional factors.

In this case, Tim’s actions are the proximate cause of Jill’s injuries. Jill would not have hit Lisa but for Tim’s actions, so Tim is liable for Lisa’s injuries as well. Tim cannot avoid responsibility; even if another person or condition contributed to causing additional harm, his behavior was a substantial factor in creating the chain of events surrounding the accident.

Does the Harm Have to be Foreseeable to Create Liability?

A defendant’s liability is proven if a reasonable person could foresee that their actions could cause harm. In the case of running a red light or tailgating, the defendant would be found liable even if they misjudged their behavior as not harmful.

However, if a reasonable person could not foresee the possibility of injury from the defendant’s actions, the defendant could be found not liable.

For example, if a large tree branch suddenly fell onto the road and a driver hit another vehicle while trying to avoid it, the defendant’s liability would be negligible.

How Does This Impact My Case?

In Arizona, a plaintiff does not have a case unless they can prove negligence. To get to the bottom of whether or not a defendant was negligent, a lawyer must prove they were responsible for the proximate cause. Therefore without proximate cause, there is no case. Failing to prove proximate cause can have your case dismissed, disrupt your settlement check timeline, or lower compensation.

Proximate cause is not a cut-and-dry matter and requires the expertise of a knowledgeable personal injury attorney. At SGP Law, we understand that proving causation in a court of law can be daunting, so we welcome you to a free consultation to discuss your options.