Are You the Victim of A Jackknife Accident?

Any crash is frightening, but crashes with big trucks are probably the scariest. According to the Federal Motor Carrier Safety Administration (FMCSA), over 37,000 people lost their lives on America’s roads in 2016.

Four thousand five hundred sixty-four of those deaths involved big trucks or buses. Large trucks and buses accounted for 12% of those fatalities, and speed was a factor 61% of the time.

Only 16% of the people killed were actually occupants of the trucks; the rest of the deaths were occupants of smaller vehicles, such as passenger automobiles.

Some big truck accidents are worse than others. Jackknife accidents involve 18-wheelers and are a particularly dangerous kind of accident.

Semis can weigh a lot: Arizona commercial truck regulations allow a big truckload to weigh up to 80,000 pounds, and oversize loads can go up to 250,000 pounds.

If you or a loved one has suffered injuries in a jackknife accident, a truck accident lawyer may be able to help you. 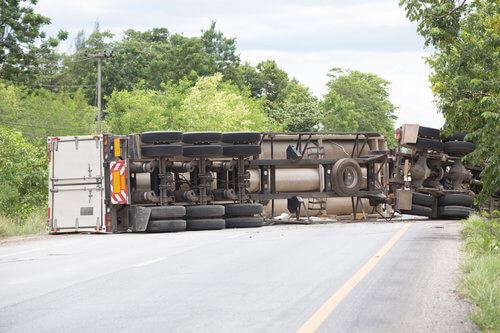 What Is a Jackknife Accident?

Hopefully, if you have ever witnessed one of these accidents, it was from a distance. You may have seen the beginning of a jackknife accident, where the driver seems to be losing control, and the trailer swings out to the side.

Most of the time, the driver regains control, and the tractor-trailer straightens out, and the driver goes on safely.

At other times, the truck continues to swing out to the side. At some point, the weight becomes too much, and it becomes impossible for the driver to recover control of the 18-wheeler.

Because of the way they are put together, the truck looks like a giant pocket knife as it is folded in upon itself.

Before you know it, the truck is blocking every lane of the highway, and any other vehicle approaching at highway speed will not be able to stop. If you are one of the unfortunate people driving in that direction, you will become one of the latest victims of a jackknife accident.

Because of their size and weight, high speeds are especially deadly for large trucks. No matter how good a driver someone is, the laws of physics will be the deciding factor in an accident.

According to FMCSA, a fully loaded semi-truck traveling at highway speeds will take nearly two full football fields to stop. When drivers try to meet deadlines or simply become impatient, they may break the important rules regarding highway speeds. 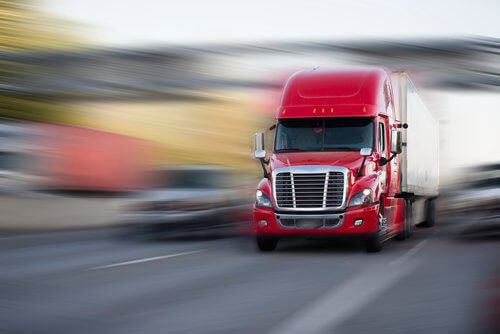 If speeding drivers see an obstruction in the road or get cut off in traffic, they may be forced to slam on their brakes, causing the truck to jackknife.

Big trucks need to have their brakes adjusted properly and be regularly maintained because the drivers of these large behemoths need to be able to depend on their brakes to function properly every day.

If the brakes are not adjusted correctly, the trailer axles may lock before the tractor axles. If this happens, improper braking will lead to the semi dragging the trailer instead of rolling it along, causing the trailer to swing out to the side.

Truck drivers have rules about how long they are allowed to drive without taking a break, and there are federal laws requiring them to keep logs so they can prove they are getting enough rest. For instance, truckers can only operate for 11 hours straight out of a 14-hour workday.

Even so, they drive for long hours and during the late hours of the night, causing many big truck drivers to suffer from fatigue and even fall asleep while driving.

Unfortunately, the trucking companies often encourage their drivers to break the rules to get the products where they need to be on a tight schedule.

You may have seen the ads for new semi-truck drivers, with promises for good money right away.

While big truck drivers are required to get a special license before getting out on the road, the truck companies often give them the minimum training possible before sending them out on their own.

A semi-truck is a big responsibility, literally and figuratively, and new drivers are often out on their own before they have the experience to deal with all the situations they are likely to encounter on their own.

Especially when coupled with high speeds, sharp curves are a recipe for disaster. The closer a curve gets to a 90-degree angle, the harder it is for even small vehicles to maneuver.

When drivers are trying to get around tight curves while moving too fast, it can cause part of the truck to swing out, leading to a chain reaction where the driver loses control.

No matter where someone drives in the United States, there is likely to be wet pavement at some point.

Whether rain, snow, or ice, big truck drivers need to know how to deal with all kinds of weather conditions.

Even a small skid can lead to a loss of traction, and being tired or inexperienced will make it even more difficult for drivers to deal with slippery roads, leading to jackknifing and dangerous crashes.

What Should You Do If You Or a Loved One Is In a Jackknife Accident?

After you get over the shock of being in a jackknife truck accident, you need to take stock of the situation. Even if your injuries are minor, your car is probably totaled.

If you are the victim of a jackknife accident, you may be eligible for compensation for all of the damages and injuries you suffer because of the accident.

These include but are not limited to:

The average semi-truck accident settlement will take into account all of the factors involved in a particular crash, and every truck crash is different. Truck companies are responsible for their drivers, and if they are at fault, you deserve compensation.

Your truck accident attorney will work with investigators and other members of the law firm to get the evidence you need to build your case.

Not only that, but a personal injury attorney will work hard on your behalf without expecting any money upfront so you can get the help you deserve. Call today for a free consultation on your case.